0 comments, 02/02/2015, by AList Magazine, in Entrepreneurship, Follower the ALISTer 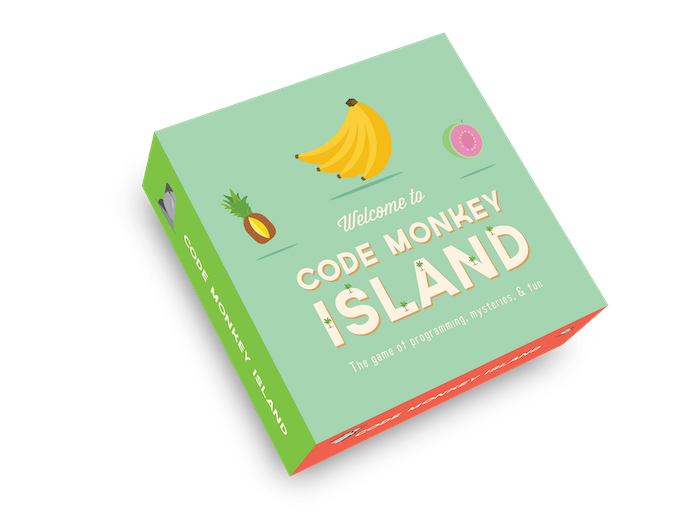 After a recent visit to see my cousin and her 2-year-old son, I vividly recall how deftly he could navigate an iPad. With his tiny, chubby fingers, he easily closed out of the program my cousin had open, switched to the Yo Gabba Gabba app and selected his favorite episode to watch.

In today’s digital world, where technology drives everything from how we deposit our checks to keeping our infants entertained, the relevance of learning computer-programming skills is indisputable. Companies like Code Academy, massive open online courses like Coursera, and schools across the U.S. have jumped on the bandwagon, illustrating widespread support for teaching the fundamentals of coding.

Meet Raj Sidhu, a young entrepreneur and recent college graduate who wanted to teach kids how to code in a fun, non-traditional way. This past May, Sidhu launched a Kickstarter for Code Monkey Island, a creative and family-friendly board game he designed that teaches players the fundamentals of programming logic. The Kickstarter has powered past its target, raising more than 250 percent of its initial $15,000 fundraising goal as of this August.

“The notion of programming as part of our core education system or paradigm is becoming so ubiquitous throughout our culture,” says Sidhu. “Knowing how to navigate that world is as important as how to read, how to do math, how to calculate a tip.”

Discovering a Love for Programming

Creative and full of ideas, Sidhu tried his hand at a number of businesses before Code Monkey Island. While attending New York University, he started out as a music major, and in his sophomore year, founded a music licensing company called SpeakerJam. After what he describes as “a lot of elbow grease and networking,” he was representing 30 artists and licensing to companies like MTV and WWE Music Group. Despite that success, he didn’t feel fulfilled and couldn’t put his finger on why.

He began tinkering with other business ideas and moved toward developing apps from a conceptual standpoint. However, he quickly discovered the barrier of high costs associated with hiring programmers to bring his ideas to life.

“I thought ‘Okay, that’s cool, I’ll just start learning how to do it myself,’” he says. He switched his major from music to computer programming, and fell in love.

“Having the agency to build the ideas that come to your mind, without having any sort of lag time or having to rely on someone else, or someone else doing it for you — that was very empowering, and it was a lot of fun,” he shares.

After graduating from NYU, the idea of creating a board game came naturally to Sidhu, who grew up playing board games such as Monopoly, Risk and Settlers with his family.

“I loved playing with my family, and I loved playing with my friends,” he says. “There’s something very natural about being able to tangibly interact with others, as opposed to just being in your own isolated world on your iPhone or iPad. Games provide a very unique experience for people of any age to interact with each other, compete, joke around, and strategize, and just really lose themselves in it for an hour or two.”

Once he finalized the idea of a board game that would teach kids programming logic concepts, the actual design of the game quickly fell into place.

With this in mind, Sidhu began taking programming concepts such as control structures, Boolean logic and mathematical operations and incorporating them into different elements of the game’s overall theme: advancing monkeys across the board in order to reach the banana grove. For example, “Count” cards that are built into the game teach kids conditional statements, disguised in the form of fun game decisions (“for each monkey NOT on a rock, move three spaces”).

With production of the game ramping up and distribution slated for the fall, Sidhu credits the early success and widespread support for the game to his true passion and connection to the project.

“Something that has really hit home throughout this process — seeing such positive feedback from people across the world, people who were willing to put down money for this idea, where I hadn’t experienced that type of success in any sort of venture I had done before — was that I was finally doing something I was very passionate about,” he says. For other entrepreneurs pursuing their own ideas and paths, he encourages them to do the same. “Find not only something you’re good at, but something you’re truly passionate about.”

Sidhu also points to the influence of his parents, who were born in India and instilled in him qualities such as reflection, open-mindedness, and appreciation.

“My parents are extremely open-minded, but they still have very deep values that I think that their culture and upbringing afforded them that influenced my upbringing,” he shares. “Particularly introspection and wonderment about the world around us and being open to lots of different cultures.”

Once Code Monkey Island is launched and in the hands of both its initial backers and potentially retail customers as well, Sidhu hopes to continue developing games for children of all ages and exposing them to other educational concepts.

“Kids — this is very well documented — learn very well through play,” says Sidhu. “That’s something I really want to continue focusing on for as long as I can, as long as people let me.”

To pre-order a copy of Code Monkey Island, visit codemonkeyplanet.com